Enquiring About Shipping Furniture To Australia?

Shipping furniture to Australia from the United Kingdom can be incredibly stressful, 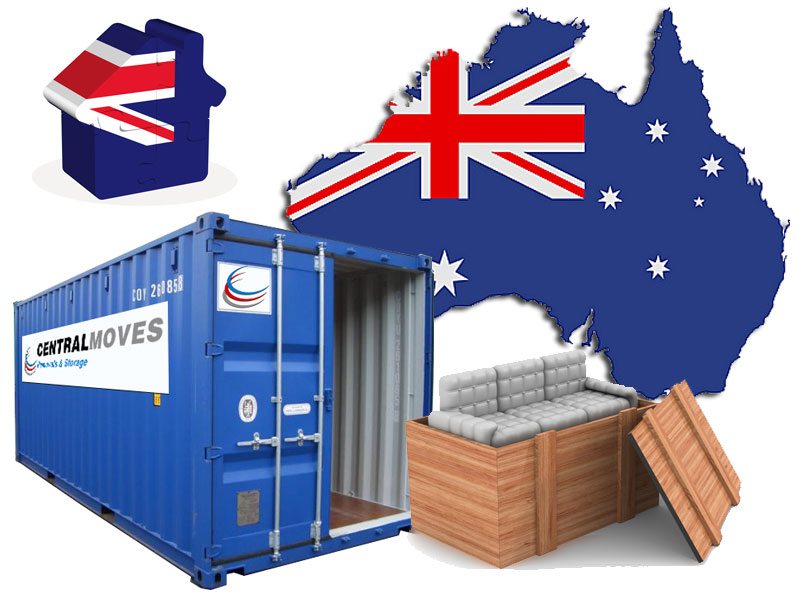 even though Australia and the United Kingdom remain on very good terms diplomatically. However, the combination of distance, cost and Australia’s stringent customs regulations can make even a personal trip to Australia stressful, let alone a full fledged move to the Land Down Under.

Including items as massive as furniture into the equation and things can get incredibly stressful incredibly fast. While help is more than available for those who seek it out, there are many things people moving should know about the process before they embark upon this international endeavour.

One thing most people moving to Australia would like to know is how their furniture will be moved. Moving furniture to Australia generally calls for large scale forms of shipping containers. The first container will depend on exactly what the customer is shipping. A box of recent books or small microwave will likely need little more than an appropriately sized corrugated cardboard box. However, for larger, heavier goods like furniture, far more often wooden boxes are used to store these items. In addition to being able to contain furniture, these boxes can also contain small vehicles and large appliances. Generally these boxes come in a variety of large sizes that can hold most any piece of common furniture, though particularly massive examples will likely need a custom built crate.

Once a piece of furniture is securely packed into a wooden crate, the next step is to place it into a shipping container. Furniture is generally moved on commercial freight shipping, be it over rail or on a commercial shipping vessel. The wooden crates are generally packed into large steel containers called intermodal freight containers. These are the large metal containers one sees at industrial shipping ports where a large amount of commercial cargo comes and goes with great regularity. The invention of these containers was a major contributor to the rise of globalised trade in the second half of the twentieth century and these devices remain extremely important in the world of global shipping to this day.

Australian customs are something of a different concern. The Australian government has a number of concerns about every box and person going into their country, and not entirely without due cause. Australia has unfortunately become a way point for a number of illicit global trades, ranging from drugs to human slaves, and the Australian Border Force is tasked with mitigating as much of the illicit trades as possible.

Australian customs inspectors do have a number of tools they can use to search containers, and they reserve to right to closely examine any box coming into their country if they feel they have reasonable cause to be suspicious of that box. Among other things, the customs inspectors are looking for potential threats to the delicate environment of the island, ranging from the visible to the microscopic. Other more obvious elements customs inspectors will look for include people being smuggled into the country and large caches of illicit goods, such as narcotics or weapons.

As long as you’re just shipping furniture to Australia, and not some illicit substance, everything should go smoothly.

Emigrating to Australia from the United Kingdom
June 27, 2016