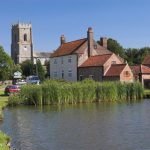 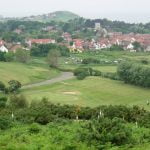 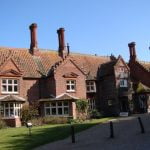 Central Moves are one of the London’s top removal companies for Removals London to Norfolk who combine specialisation with our total commitment to providing a professional and personalised service, which this is why thousands of families and individuals have entrusted Central Moves with their Norfolk home removals, furniture removals Norfolk and personal effects.

Here at Central Moves we pride ourselves in aiming to be the best Removal Company to Norfolk .
We are proud to be members of the

Norfolk is a low-lying county in the East of England. It has borders with Lincolnshire to the west, Cambridgeshire to the west and southwest and Suffolk to the south. Norfolk has a low population density, no motorway and lower property prices, is why so many people choose to retire here or just to get away from the cost of modern busy life style of majors UK cities. The Four major areas are Norwich, Great Yarmouth, King’s Lynn and Thetford . The Broads, a well known network of rivers and lakes, is located towards the county’s east coast, extending south into Suffolk. The area has the status of a National Park and is protected by the Broads Authority. Historical sites, such as those in the centre of Norwich, also contribute to tourism. Important business sectors include tourism, energy (oil, gas and renewables), advanced engineering and manufacturing, and food and farming. Over 20% of employment in the county is in the agricultural and food industries. Well-known companies in Norfolk are Aviva (formerly Norwich Union) , Colman’s (part of Unilever) and Bernard Matthews Farms. New Anglia Local Enterprise Partnership has been recently established by business leaders to help grow jobs across Norfolk and Suffolk.

Norfolk is a popular tourist destination and has several major examples of holiday attractions.

There are many seaside resorts, including some of the finest British beaches, such as those at Great Yarmouth, Waxham, Cromer and Holkham. Norfolk contains the Broads and other areas of outstanding natural beauty and many areas of the coast are wild bird sanctuaries and reserves with some areas designated as National Parks such as the Norfolk Coast AONB. The Queen’s residence at Sandringham House in Sandringham, Norfolk, now with a new private home to prince William & Kate Middleton. Norfolk has several amusement parks and zoos, BeWILDerwood, Banham Zoo, Sea Life Centre in Great Yarmouth and many more.