Need Help Moving House or Office TO or From Camden Town London ? 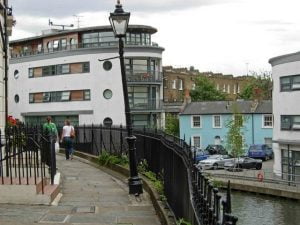 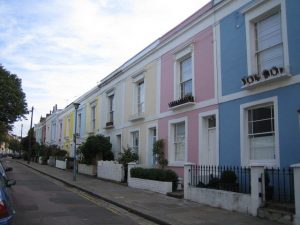 Central Moves.co.uk can carry out your removals in Camden London with collection from any property to delivery to any property door to door / room to room in Camden, London, UK, Europe & Worldwide.

Camden  is a district of Inner London in northwest London, England, and the central neighbourhood of the London Borough of Camden . It is located 2.4 miles (3.9 km) north-northwest of Charing Cross and is one of the 35 major centres identified in London. It was laid out as a residential district from 1791 and was originally part of the manor of Kentish Town. The town became an important location during the early development of the railways and is also located on the London canal network . Its industrial economic basis has been replaced by retail, tourism and entertainment, including a number of internationally-known markets and music venues that are strongly associated with alternative culture. The Camden markets, which started in 1973 and have grown since then, attract many visitors all week. Restaurants have thrived, with the variety of culinary traditions found in London. Many restaurants are a little away from the markets, on Camden High Street  and its side streets, Parkway, Chalk Farm Road, and Bayham Street. The Regent’s Canal  runs through the north end of Camden Town. Canal-boat trips along the canal from Camden Lock  are popular, particularly in summer. A regular water bus service operates along the Regent’s Canal from Camden Lock. To the north of Camden Town station and running along the canal is a modern pop art complex Camden Arts Centre designed by Terry Farrell as the studios of the former TV-am, now used by MTV. Camden Town Underground station is near the markets and other attractions. Camden Road is a London Overground station at the corner of Royal College Street and Camden Road. The nearest National Rail station is Kentish Town station on the Thameslink route on the Midland Main Line. St Pancras and Euston terminals are both within 20 minutes walk of Camden Town.