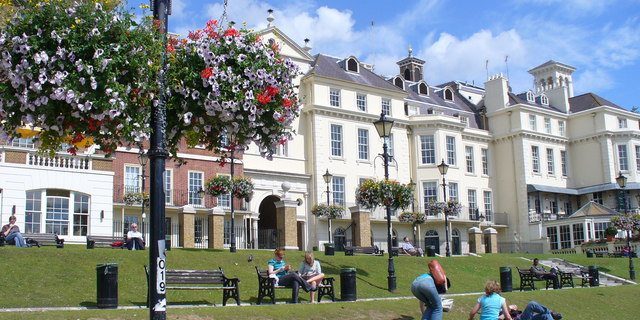 Central Moves.co.uk can carry out your move with collection from any property to delivery to any property door to door / room to room in Local area, London, UK, Europe & Worldwide.

Richmond is a suburban town in southwest London. It is on a meander of the River Thames, with a large number of parks and open spaces, including Richmond Park & Richmond Green, which has been described as “one of the most beautiful urban greens surviving anywhere in England”, is essentially square in shape and its open grassland, framed with broadleaf trees, extends to roughly twelve acres. and many protected conservation areas, which include much of Richmond Hill. At the top of Richmond Hill, opposite the former Royal Star and Garter Home, sits the Richmond Gate entrance to Richmond Park. It is the largest of London’s Royal Parks and was created by Charles I in 1634 as a deer park and now has over 600 red and fallow deer. Richmond upon Thames takes its name from the palace built by Henry Vll and has many other royal connections.

Richmond was transferred to Greater London. It is now part of the London Borough of Richmond upon Thames. The town has a significant commercial and retail centre with a developed day and evening economy. The town has the largest commercial centre in the borough and is classified a major centre It is an established up-market shopping destination with over 200 shops. Mostly independent businesses line the narrow alleyways running off George Street towards Richmond Green and up Richmond Hill and there is a farmers’ market in Heron Square on Saturdays. The Thames is a major contributor to the interest that Richmond inspires in many people. It has an extensive frontage around Richmond Bridge, containing many bars and restaurants. The area owes much of its Georgian style property to the architect Quinlan Terry.

Recent news on Richmond is Crime has dropped by 9 per cent in the past year, making the borough London’s fourth safest, making Richmond a desirable place to live.

What You Need to Know if Moving to Richmond Upon Thames
June 24, 2015
Go to Top