Helping Individuals & Families Move to Germany From the UK 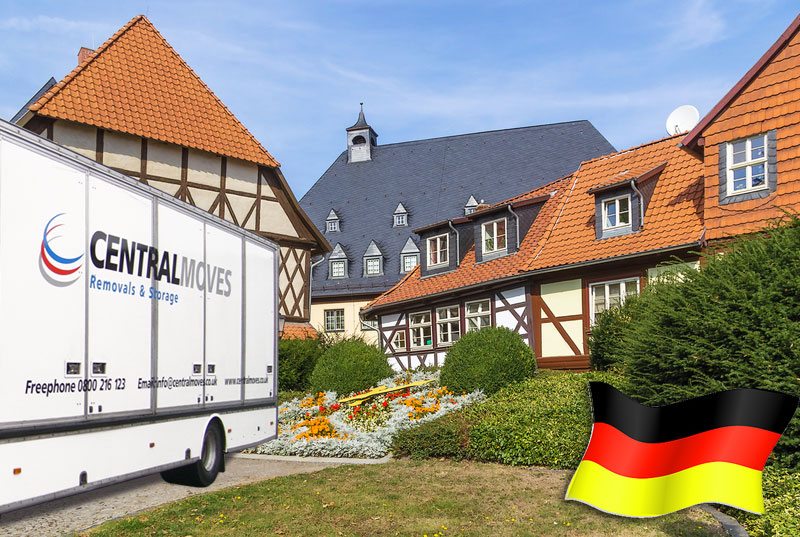 Central Moves are one of the London’s top companies for Relocating London / Germany they combine specialisation with our total commitment to providing a professional and personalised service, which this is why thousands of families and individuals have entrusted Central Moves with their German removals service, furniture removals and personal effects.

Here at Central Moves we pride ourselves in aiming to be the best for Removals in Germany .

We are proud to be members of AIM and operate to BS EN 12522 standards , it is the first and only recognised quality Standard specifically aimed at furniture removals.

Removals to europe can be a high-stress experience, especially when the issue of relocating furniture and personal effects from your current location to a international destination becomes problematic.

Central Moves appreciate this fact and delves into providing the best international house removals experience possible. With this in mind, for UK residents looking to move, Central Moves are always willing and ready to lend their professional hand in moving you to your destination, be it Berlin, Cologne, Bonn, Mannheim, Dusseldorf, Stuttgart, Hamburg or any other destination in Germany.

Weekly Removals to Germany From The UK

We offer weekly services to all regions of Germany and can cater for all size moves from 1 or 2 boxes to a complete 5 bedroom house. Comprehensive insurance cover can be arranged and quotes are provided free of charge with no obligation. Full door to door delivery completed by highly experienced teams utilising industry standard packing materials and specialist equipment.

With the opportunity for a better life in Germany in mind, many UK residents are seeking new and in many regards better lives in Germany. For such families, individuals or even corporate, moving household effects and or physical assets during the migration process is top-priority.

During such periods, Central Moves is always at hand to help you make the move. Understandably, a move from the UK to Germany (or any other country for that matter) can be a tad difficult to cope with.

Central Moves works to ensure that the transfer of your effects from anywhere within the UK to the Germany is as smooth as possible.

The professional European removals company provides bespoke solutions. Whether you are moving antiques and fine arts or you simply want to a packing solution for fragile items, Central Moves is able to cater for your every packing need.

Clients can opt for the Part Load service or the Full Load Service depending on their shipping timeline as well as effects. With the part load removals service, items from different clients are itemised, packed, label, sorted transported together, reducing the removal costs that each client pays as no individual client has to pay for the entire transport charges.

The Part Load Removal service is well designed for individuals, families, or corporates that are moving small items or a large number of items in a spread-out timeline. Export and import customs clearance can be arranged if required after Brexit.

On the other hand, the Full Load/Dedicated Vehicle removal service gives Central Moves the capability of moving large items/full loads or smaller loads that are time sensitive to Germany at one go. With this service clients can take delivery on a date of thier choice as the vehicle will load in the UK with no other clients onboard and depart straight to Germany (unless storage is required but the main benefit of this service is the ablity for the client to choose the delivery date which is not always possible on a part load service)

Therefore, whether you are migrating to Germany to be able to remain within the EU even after Brexit, or you are seeking new economic opportunities, be sure to contract the best relocation company in the UK – Central Moves.

A parking management system has been implemented to regulate parking in the central areas of Germany. Various districts have been subdivided into parking zones, with different criteria applying to their use. For instance, there are exemptions for certain groups of professionals.

You need to obtain a permit and sign and both of these places are all-in-one services from the local city council website or there is a website https://www.platzda.de that can deal with this for you for a small fee (in german)

Each client is appointed a European move manager upon booking who will guide you through the entire process from door to door including assitance with all customs paperwork.

Customs Information For Removals To Germany

Central Moves Ltd have compiled a list of expat & German news websites that can be of help and a chance to make contact with existing british expats. 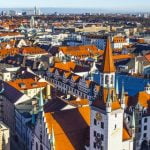 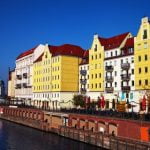 Germany in western-central Europe consisting of 16 constituent states, which retain limited sovereignty. Its capital city and largest city is Berlin. Germany has 80.6 million inhabitants, it is the most populous member state in the EU. Germany is a major economic and political power of the EU and a historic leader in many cultural, theoretical and technical fields.

Germany has a social market economy with a highly skilled labour force, a large capital stock, a low level of corruption, and a high level of innovation. It has the largest and most powerful national economy in Europe, the fourth largest by nominal GDP in the world, the fifth largest by PPP, and was the biggest net contributor to the EU budget in 2011.

The service sector contributes approximately 71% of the total GDP, industry 28%, and agriculture 1%. The official average national unemployment rate in April 2014 was 6.8%.

Currently the population is covered by a fairly comprehensive health insurance plan provided by statute. Certain groups of people (lifetime officials, self-employed persons, employees with high income) can opt out of the plan and switch to a private insurance contract.

Regardless of the destination of interest, a move to Germany is proving to be too enticing for many UK families to ignore. And in many regards, Germany’s is one of the best countries within the European Union for UK expats to move to for several reasons. For starters, it has proved to be welcoming to foreigners.

Germany is home to the third-largest expat population in the world. The expat population, which in 2011 was estimated to be more than six million, makes up about 7.7 percent of the country population.

For UK resident seeking employment, the low unemployment rate (6.8% in 2014) just shows how well Germany’s economy is able to provide employment for both citizens as well as foreigners.

As for the entrepreneurs, Germany has a pool of very highly-skilled workforce, large capital stock, and a high level of innovation, all the ingredients that start-ups require to flourish.

Historically low mortgage rates For all those who have the intention to buy a property and plan to apply for a mortgage, the currently exceptionally low interest rates are a godsend. Today on average you can expect half the repayment rates, as for example those of ten years ago. A loan in the amount of € 100,000 today costs a monthly repayment of around 330 €, while the former was the average amount at 620 €. Mortgage rates with a ten year bond starting as low as effectively 3.25%.

Common to live in rented apartments Unlike in countries such as Spain or France, there is a functioning rental market in Germany. Only about 44% of all Germans have home ownership, in a European comparison, a very low percentage. It is common in Germany to live in rented accommodation, in the context of a long-term lease. For investors, this means a reliable basis for regular, secure rental income. But recently in 2014 Cheap loans and rising incomes are the two main drivers of the trend for Germans to increasingly buy rather than rent their homes

British citizens and those from other EU countries don’t need a work permit or visa to live and work in Germany.

If you live in Germany in retirement you can receive your UK state pension either in a UK or German bank account. Your pension income will be index-linked as Germany is an European Economic Area country – that means it will increase each year, just as if you had not left the UK.

Few Facts about the German Culture