Looking for a Trusted Removal Company to move House or Office in Southall Greater London ? 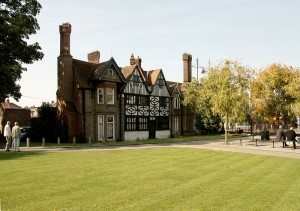 As a Removal Company for Southall we have good knowledge of the roads, offices, houses and estates around Southall & Middlesex

Central Moves are proud to be members of the Association Of Independent Movers AIM, who run a strict policy.

If you are Moving Southall or Middlesex area, Central Moves the quality assured London Movers have a number of Middlesex removal services :

Southall is a large suburban district of west London, England, and part of the London Borough of Ealing . Neighbouring places include Yeading, Hayes, Hillingdon, Hanwell, Heston, Hounslow, Greenford  and Northolt . Southall is located on the Grand Union Canal (formerly the Grand Junction Canal) which first linked London with the rest of the growing canal system.

Southall is primarily a South Asian residential district, sometimes known as “Little India”. The main street in Southall is called The Broadway . Southall contains the largest South Asian shopping area within the M25. Southall has a large gas tower which is noticeable from a great distance, another landmark is the Manor House, The Green, in Southall. Also the Wharncliffe Viaduct a well known bridge in Southall along with Isambard Kingdom Brunel’s Three Bridges .

Southall is served by Southall railway station on the Great Western Main Line, providing links to Heathrow Airport, Reading and Oxford as well as London Paddington.

There is no London Underground station in Southall, the nearest one to the town centre being Osterley station, on the Piccadilly line, which is located approximately 2 miles