Looking for a Trusted Removal Company to Help Move You to Belgium? 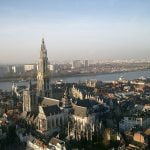 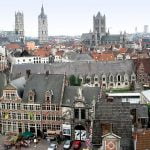 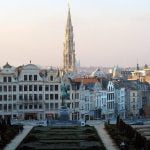 Central Moves are one of the London’s top removal company for Relocating London / Belgium who combine specialisation with our total commitment to providing a professional and personalised service, which this is why thousands of families and individuals have entrusted Central Moves with their Belgium home removals, furniture removals and personal effects.

Here at Central Moves we pride ourselves in aiming to be the best Moving Company for Belgium .

EU and EEA nationals do not need a visa or work permit to enter Belgium.

Non-EU nationals and new EU Member State nationals may need a visa and do need a work permit in order to work in Belgium.

Belgium officially the Kingdom of Belgium shares borders with France (620 km), Germany (167 km), Luxembourg (148 km) and the Netherlands (450 km). Belgium a founding member of the European Union and hosts the EU’s headquarters as well as those of several other major international organisations such as NATO. Belgium covers an area of 30,528 square kilometres  and it has a population of about 11 million people.

In Europe, Belgium is one of the cheaper countries for buying real estate. Countries such as France, Great Britain, the Netherlands, Spain and Ireland are all more expensive. Even when comparing the different capitals, Belgium scores well. Only Berlin is cheaper than Brussels.

Belgium is home to two main linguistic groups, the Dutch-speakers (about 59%), mostly Flemish, and the French-speakers (about 41%), mostly Walloons, in addition to a small group of German-speakers. The territory of Belgium is divided into three Regions, two of which, Flanders  and Wallonia , are in turn subdivided into provinces; the third Region, Brussels, is neither a province nor a part of a province. Belgium’s strongly globalized economy and its transport infrastructure are integrated with the rest of Europe. Its location at the heart of a highly industrialized region helped make it the world’s 15th largest trading nation in 2007. The economy is characterized by a highly productive work force, high GNP and high exports per capita. Belgium’s main imports & Exports are raw materials, machinery and equipment, chemicals, raw diamonds, pharmaceuticals, foodstuffs, transportation equipment, and oil products.

Healthcare in Belgium is financed through both social security contributions and taxation. Health insurance is compulsory. Health care is delivered by a mostly private system of independent medical practitioners and hospitals. In Belgium you do not automatically get a social security card when you start working. You must first register with a Mutuelle (French) /Ziekenfonds (Dutch) .

If you are moving to Belgium you should already know that Belgium experiences some of the most congested traffic in Europe. In 2010, commuters to the cities of Brussels and Antwerp spent respectively 65 and 64 hours a year in traffic jams. If you are moving to Brussels  or Antwerp Central Moves will advise that the removal lorry will experience time delays on the delivery of their personal effects, which may cause problems with any parking permits or timed restrictions. Your local Belgium Council will advise on this matter.