Looking for a trusted Removal Company to help you move to Scotland ? 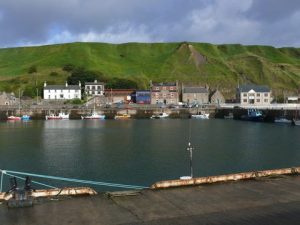 Central Moves are one of the London’s top removal companies for Removals London to Scotland who combine specialisation with our total commitment to providing a professional and personalised service, which is why thousands of families and individuals have entrusted Central Moves with their home removals, furniture removals Scotland and personal effects.

Here at Central Moves we pride ourselves in aiming to be the best Removal Company to Scotland .
We are proud to be members of the

Many people have been drawn to Scotland  by the career opportunities, but also by the appeal of enhancing their quality of life. House prices can be cheaper, the commuting is easier and the countryside offers a wide range of leisure activities: from skiing and white-water rafting, to mountain biking and walking in some of the most spectacular scenery you will find anywhere in the world.

Scotland  is a country that is part of the United Kingdom. Occupying the northern third of the island of Great Britain, it shares a border with England. In addition to the mainland, Scotland is made up of more than 790 islands, including the Northern Isles and the Hebrides.

Edinburgh, the country’s capital and second-largest city, is one of Europe’s largest financial centres. Edinburgh was the hub of the Scottish Enlightenment of the 18th century, which transformed Scotland into one of the commercial, intellectual, and industrial powerhouses of Europe. Glasgow, Scotland’s largest city, was once one of the world’s leading industrial cities and now lies at the centre of the Greater Glasgow conurbation. Scottish waters consist of a large sector of the North Atlantic and the North Sea, containing the largest oil reserves in the European Union. This has given Aberdeen, the third-largest city in Scotland, the title of Europe’s oil capital.