Some Of The Best Areas To Live In West London

The ‘West is Best’ is one of the old West London sayings and there are a number of reasons that support this statement. 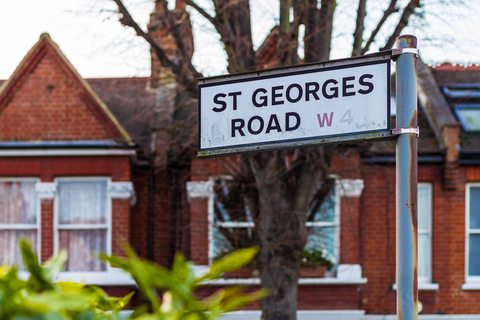 West London features great schools, pretty architecture and loads of culture. However, typically speaking, boroughs that surround central London that fall typically in Zone 1 are rated as the more expensive options and will include Chelsea, Knightsbridge, Ladbroke Grove and Notting Hill.

If you are in search of a more affordable option all you need to do in search about a mile further to the west and consider areas such as Fulham, Ealing and Shepherds Bush for lower rentals as well as reduced council taxes.

Moving to Chelsea And Kensington

This is regarded as classic West London at its very finest. Chelsea, Kensington, the original Sloane Rangers and Sloane Square is filled with posh designer shops and restaurants all supported by stunning classic architecture. However, the lowest rental you can find in this area for a two bedroom flats is around £1,842 pcm while the most expensive for two bedroom flats would be around £30,333 pcm. The transport in this area includes the Circle and District lines.

Nottinghill is definitely recognised as one of the top rated beautiful areas in London. The area combines culture and class along with the markets in Portobello road and a bohemian-outlook. With the District, Circle and Central lines that connect through the area traveling is extremely easy. The lowest rentals for two bedroom flats are around £1,560 pcm and the most expensive around £14,083 pcm.

Hidden away in a river bend about a mile to the west of Chelsea, this is definitely one of the most popular areas that you would want to reside in West London. This green and pretty suburb is generally thought of a much more affordable option compared to its highly expensive neighbour. Fulham is home to its very own delightful delis, parks and cafes, one which stands out would be Parsons Green. The cheapest rentals for 2 bedroom flats start at around £1300 pcm, while the more expensive versions around £6,283 pcm.

Positioned just over a mile to the west of Notting Hill, this area is consider a cheaper version when compared to its more eclectic and pricey cousin the Hill. The area features local diverse culture lots of markets along with the massive Westfield shopping complex. Shepherds Bush has much to offer with outstanding transport links. The cheapest rentals for a 2 bedroom flat are around £1200 pcm, while more costly versions can go up to £6500 pcm.

Located in Zone 3 this leafy suburb is a popular choice with young professionals and families due to the affordable rental options. Other features about this area include the large open green spaces and respectable state schools. The area features a vibrant cosmopolitan of pubs, shops, cafes and artistic scene. Transport from this area includes Central, District and Rail lines. You can expect to pay around £1200 pcm for the more affordable 2 bedroom flats and about £5460 pcm for the more expensive versions.

Get The Best Furniture Storage Facilities London Has
October 20, 2016
Go to Top