Popular Areas In Which To Live In Camberley Surrey

to live, ranging from lightly urbanised to almost entirely rural. 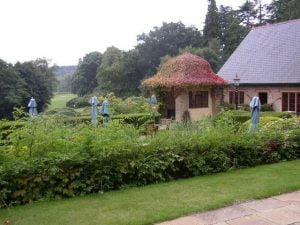 At the economic and political centre of the town is Surrey Heath, the densest urban area in the Surrey area. Though not exactly a bustling metropolis, the borough called Surrey Heath does provide a number of options of comfortable living, work opportunities, educational opportunities and cultural events that can keep all but the most jaded people entertained for a while. The city itself, though small, has given rise to a handful of suburbs as well, marking it as a not entirely insignificant spot on the map of the United Kingdom. These suburbs include Diamond Ridge, the Old Dean district, Heatherside, Yorktown and Crawley Hill, each of which is an ever increasingly affluent living space for a number of would be home owners looking to escape the maniac pace of urban living.

One particularly popular place for people to move to as of late in Surrey is ‘The Atrium’ a seven acre building development west of Camberley’s Park Street. Intended for use as a residential area with the leisure and retail spaces that such an endeavour would require, the small area has since become a hot property in the region as attested to by the removal services that find themselves moving new residents into the area surprisingly frequently. Consisting of 217 mid-rise flats divvied into courtyards, the area has been rebuilt to be safe and appealing to pedestrians and landscaped to provide an appealing visual experience for those pedestrians.

A number of businesses have cropped up in the Park Street area to take advantage of the recent development, including a health and fitness club, a number of cafes, restaurants and pubs and a bowling alley as well as a nine screen cinema showing the latest releases both domestic and international. And, with 683 parking spaces, some of the most readily available parking in the area. While still quite tight, parking is more than available in the area.

Not far from the Atrium is the Camberley railway station, situated down south of the city’s commercial centre. One familiar landmark of the region is a large sculpture of a white elephant, built entirely of concrete piping, placed on the A3 not far from the railway station. The city’s railway station is connected to Guildford and Aldershot to the south, as well as Ascot in the North. Two trains leave each hour in each direction.

If you are Moving Camberley area, Central Moves the quality assured Removals in Surrey have a number of removal services:

Furniture Storage in Camberley Surrey
May 19, 2016

Moving to Guildford Surrey – What You Need To Know
November 17, 2015