What You Need to Know if Moving to Richmond Upon Thames

A recent government report has shown that residents living in Richmond Upon Thames are some of the happiest in all of the United Kingdom – and who can blame them? 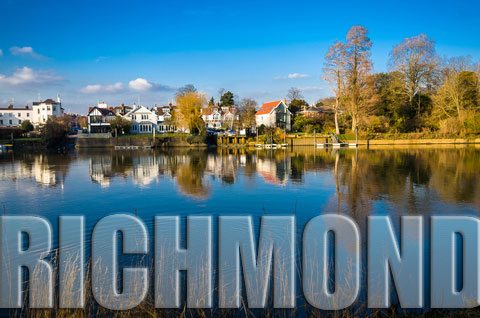 There are many different neighbourhoods that border the famous river Thames, but few can match everything that Richmond has to offer.

This is a very trendy and high-end (dare we even say, bourgeoisie?) neighbourhood, but if you have the income and ability for moving to Richmond Upon Thames, there are many great reasons why you should consider making that jump!

Richmond Upon Thames is one of the more posh neighbourhoods in London, but it stands out even from many other river neighbourhoods based on its commitment to parks and open green spaces – especially by the river. Many of the larger homes and buildings will have nothing but green space from the back of the building to the river.

This offers bountiful space for a picnic, or simply enjoying the beauty of the river, London, and the neighbourhood’s dedication to preserving that special extra bit of beauty.

An exceptional river walk opening naturally to market areas only increases the attractiveness of the neighbourhood, and Londoners looking at the possibility of moving to Richmond Upon Thames will be happy to take advantage of these paths to see everything their local section of the neighbourhood has to offer.

Don’t forget to visit Richmond Park – the largest of all the Royal Parks (and in fact has three times as much area as New York’s famed Central Park), which offers a gorgeous outdoor experience you won’t soon forget. Hampton Court Palace is a wonderful historic building open to the public, with extensive garden grounds that can be enjoyed, as well.

In addition to all these benefits, it’s not hard to see why residents in Richmond tend to be among the happiest and most satisfied in Britain, on average. They also enjoy:

With all those different things going for it, should anyone really be surprised when Richmond Upon Thames gains attention from a wide number of citizens wanting the good life?

A Few Things to Understand about Richmond

While there’s a lot to love about the idea of moving to Richmond, it’s also important to understand a few things before jumping in feet first. The first is that this is one of the most expensive neighbourhoods in all of the United Kingdom to live in.

Don’t even think about making the move unless you have solid income, solid savings, and can afford it.

Another important factor to understand is that property will be more expensive in this area. Not only is this an upper class borough, but you also have a high demand for housing. Expect to pay more than average.

However, if these two concerns don’t hold you back, then take a look at this amazing neighbourhood and try not to gloat too much when your friends are jealous that you’re able to take up moving to Richmond Upon Thames.

If You Are Looking For House Removals, London Is The Place To Be
June 9, 2015
Go to Top