Looking for a trusted removal company to help you move house to Cranford in Middlesex ? 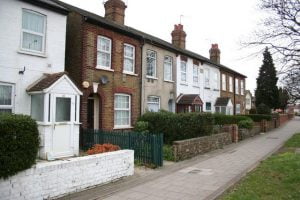 Central Moves are one of Middlesex‘s top removal companies for Cranford who combine specialisation with our total commitment to providing a professional and personalised service, which this is why thousands of families and individuals have entrusted Central Moves with their Middlesex home removals, furniture removals Middlesex and personal effects.

Cranford has been known as “the prettiest village in Middlesex” for many years and can be found in the London Borough of Hounslow. The area is bounded in the west by Heathrow airport and the River Crane , which also flows through Cranford Park .

The area’s position directly below the flight path of the northern runway of Heathrow Airport led to a ministerially approved undertaking, the Cranford Agreement , given on 31 July 1952 at a meeting of the Cranford Residents’  and District Amenities Association. The agreement stated that, as far as possible, the northern runway would not be used for landings or take-offs to the east. This meant that houses under the flight path would not have to suffer the noise from the take-off of planes leaving the airport, which is considerably louder than that of those landing.

Most people that live in cranford work at heathrow or its a great place to commute into London via Hatton Cross tube station  or Hounslow West tube station  on the piccadilly line.

Berkeley Parade, where there are now many shops, which were built on the common on the south of the Bath Road in the 1930s. These still-existing “château-type” buildings with their little slated turrets were described as “ingenious architectural fun”